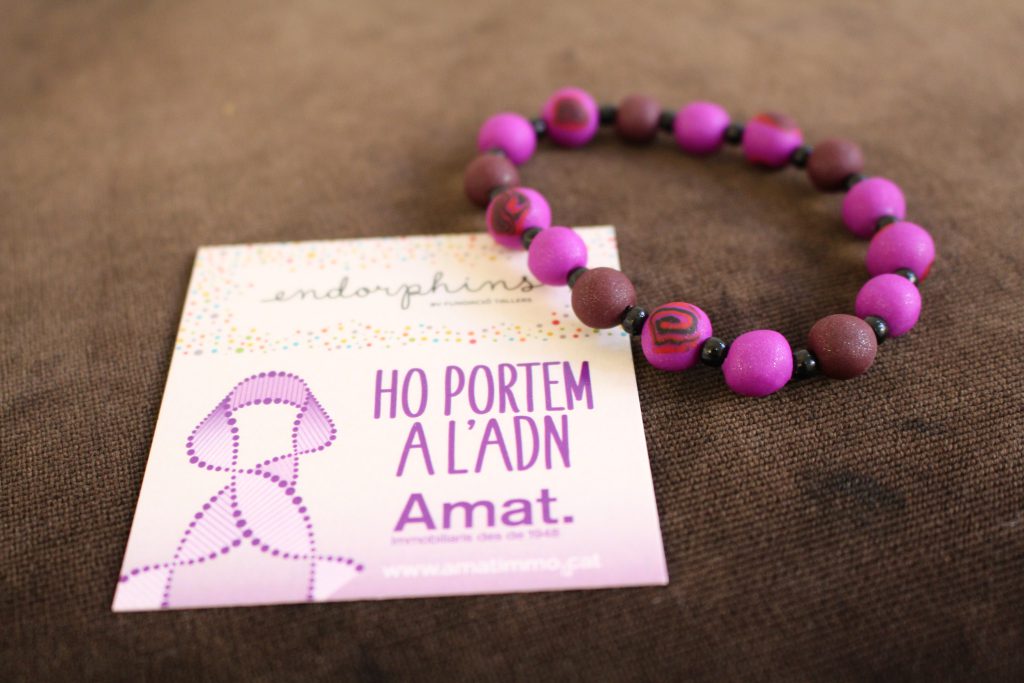 Amat is a company that fight for a full gender equality in all areas. As you know, our history speaks for itself because we have always proved that it can be achieved.

We have been a company led and run only by women until the arrival of the gender equality law. Then it was when men began to work side by side with us until today seeking equality.

This is the reason why 8th March is an important day to us, it is a day to claim the struggle for gender equality.

This year to raise awareness we have decided to collaborate with Endorphins by Fundació Tallers. We have prepared a 100% social gift for all our workers, to make other struggles visible. In this way, we want to support equity, from the point of view of gender and of diversity. 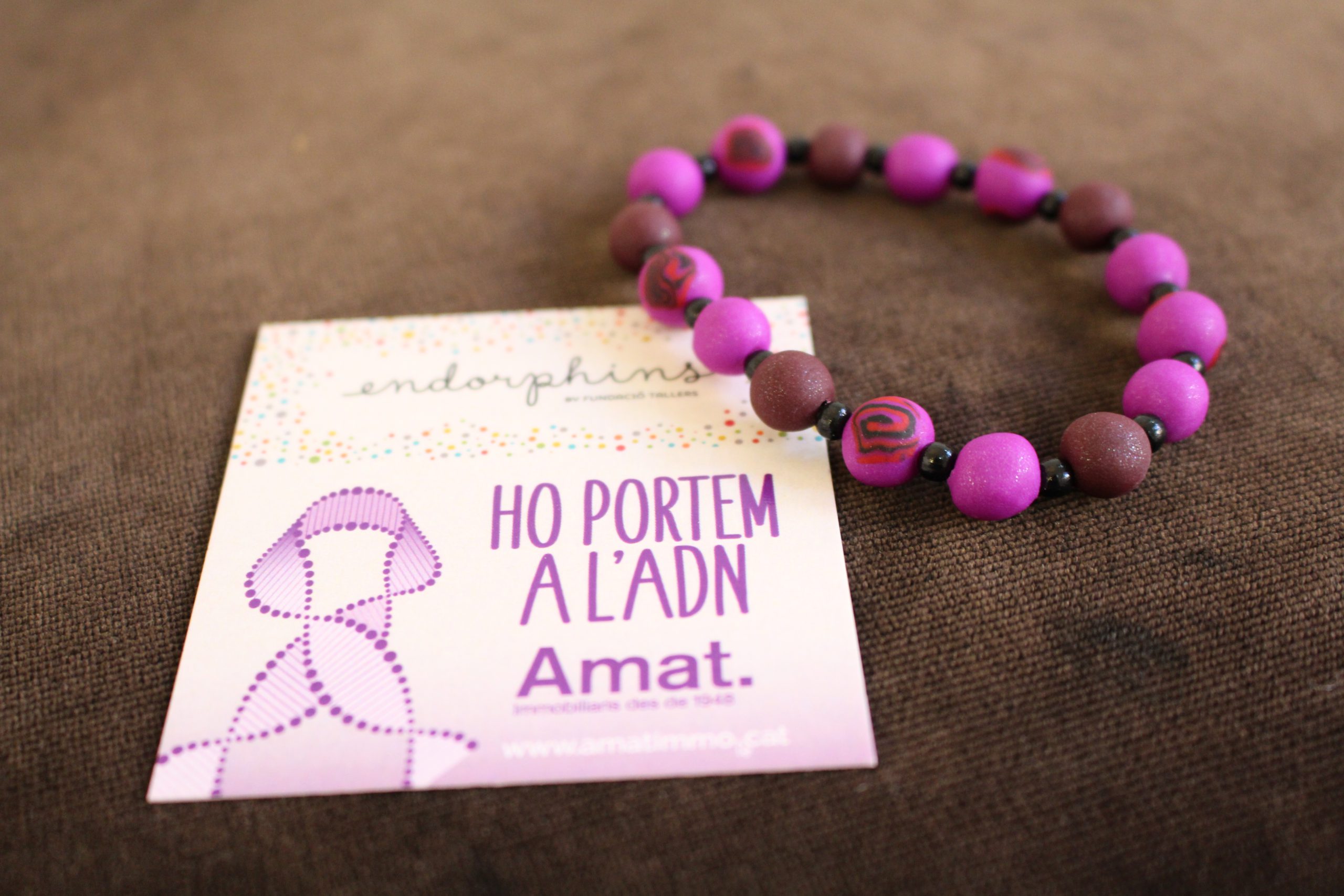 Endorphins works with people with intellectual disabilities from the occupational therapy service of Fundació Tallers, and they participate in the entire design, production, management and sales process.

We have chosen the bracelet Valentia 8M (Courage) that they have created with the motto “Courage of all women and men who believe in a world with real effective equality”, “Courage of women who have made way in feminism when the movement was more invisible ”and “Courage to make women with intellectual disabilities visible” to encourage to continue the fight for equality.

← 2019 finishes as a roller coaster, 2020 start with stability prospects
Energy efficiency in our homes →